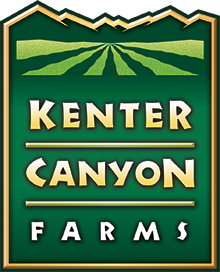 Make this pie with a combination of Lacinato Kale and Golden Chard. Slice the greens very finely—the culinary term is “chiffonade.” You can make the pie in a rectangular or round tart pan*. A few lightly dressed salad greens make the perfect accompaniment.

For the crust: Using a wooden spoon, blend the butter and the shortening until smooth. Add both flours and salt. Using pastry cutter or fingertips, blend flour into butter mixture until mixture resembles coarse meal. Gradually add ice water and stir with a fork until moist clumps form. Gather the dough into a ball. Divide the dough into two even pieces. Form each piece into a 6-inch long log. Wrap dough in plastic and refrigerate 20 minutes. (Dough can be made up to 4 days ahead.)

For the filling: Combine the kale and chard in a large bowl. Sprinkle with the kosher salt and let stand until wilted, about 1 hour. Working in batches, arrange a layer of greens on a clean dishtowel. Roll-up the greens in the towel and squeeze to remove excess moisture.

Meanwhile: heat the olive oil in a heavy large skillet over medium heat. Add the fennel and leeks and sauté until tender, about 8 minutes. Add the kale mixture and stir briefly over medium-low heat until the greens are just tender, about 3 minutes. Transfer the filling to a large bowl and let stand until cooled to room temperature. Mix in the goat cheese, raisins and pine nuts and season the filling to taste with salt and pepper.

Preheat the oven to 375°F. Roll one dough log out on a lightly floured surface to an 11x15-inch rectangle. Carefully transfer the dough to an 8 1/2-x12-inch tart pan with 1-inch-high sides and a removeable bottom. Press the dough onto the bottom and up the sides of the pan. Trim dough even to the edge of pan. Spoon filling into the crust and spread evenly.

Roll the second log out to a 9x13-inch rectangle. Transfer the dough to the tart, pressing the dough at the edges to seal. Using a small sharp knife, make several small cuts in the top crust to allow steam to escape. Combine the sugar and cinnamon in a small bowl. Brush the top of the pie with egg white and sprinkle with cinnamon sugar. Bake until the crust is golden brown, about I hour. Serve the pie warm or at room temperature.

* If making a round tart, form the dough into balls and flatten the balls into disks. Roll the dough out to two 12-inch rounds. Prepare the pie as directed using a 10-inch round tart pan with remeovable bottom and 1-inch high sides.